UK is as cold as the South Pole 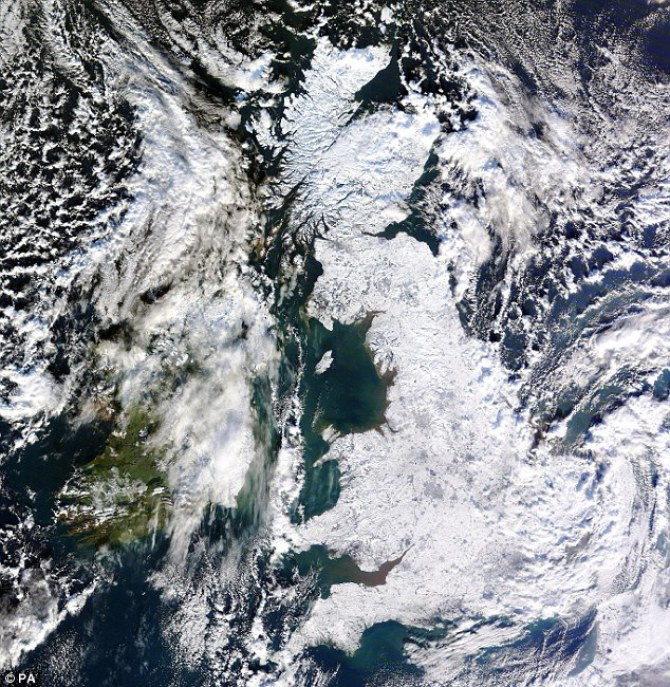 At -21c UK is as cold as the South Pole: Biggest freeze for 30 years wreaks havoc (and there are 10 more days to come)

Deep freeze Britain was as cold as the South Pole as temperatures plummeted to a staggering minus 21c.

Amid increasing fears of an energy crisis, the country is locked in the biggest chill for nearly 30 years.

The mercury sank to minus 21.2C (minus 6.2F) in parts of the Scottish Highlands – considerably colder than some home freezers – with bitterly cold temperatures everywhere else on another day of widespread weather disruption.

Icy conditions have again left roads in a treacherous state and caused delays and cancellations for rail and air passengers. Hundreds of schools have also shut again today, resulting in a full week of closure for some children.

Last night forecasters gave a grim warning of worse to come, with strong winds blowing in to add wind chill to already below-zero temperatures which could continue for at least ten more days.

The prediction came as the worst cold spell since the winter of 1981-82 continued to cause chaos.